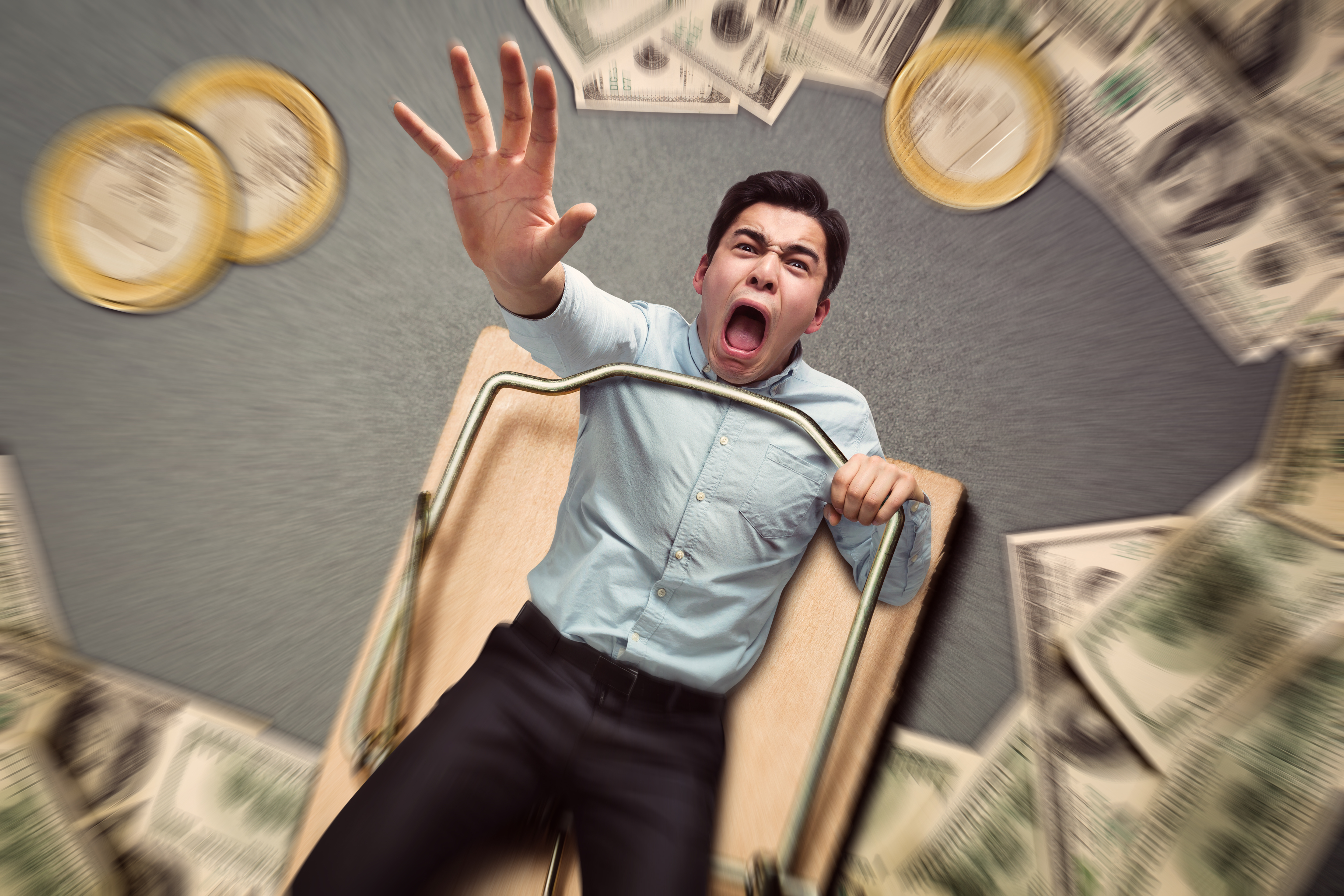 Entrepreneurs can be misfits. Their appetites and behaviors can make them crazy successful. But the traits that drive them to success can also set them up to fall into some unexpected traps.

That’s OK because entrepreneurs are a breed of their own.

Over my career, I’ve watched entrepreneurs blindly nose-dive into the same six pitfalls. If you haven’t fallen into all of these yet, just wait. You’ll get bruised, but you’ll also find a lot of company—including myself.

The following are three things entrepreneurs do that lead them to hit professional potholes on their highway to success. (This is the first in a two-part series. Check back for three more traps from Paul Lushin.)

No. 1: They base their latest initiative on the last book read

Entrepreneurs are like gladiators doing battle in the competitive world of business. As some say, “Business is where the strong survive, and weak are eaten.”

Because of the competitive landscape of commerce, entrepreneurs feel they must constantly be sharpening their swords. But in too many instances, they spend too much time in the sword-sharpening shop, rather than in the arena doing battle.

They have an appetite to learn and they cannot help but to express what they learned to their people as a way to create a competitive advantage. Though noble to share their knowledge, when they do it lights the fuse on a business pivot. That is, until they read the next bestseller, sparking a new pivot.

A few of the thousands of books that entrepreneurs devour are listed below.  Pick your poison:

In a constant state of sharpening their wits and executing on what they just learned, they pivot at a risky pace, confusing those who work for them.

And the next thing you see is that everyone is suffering from pivot fatigue.

When entrepreneurs live and die by the last book read, the last podcast heard or last seminar attended, they lose their people’s focus. Why? Because their people are exhausted by chasing the shiny object that their entrepreneur introduced into the company.

No. 2: They create chaos when insecurities creep in

Entrepreneurs find comfort in knowing they have to field a high volume of emails and calls from landlines, cell phones, laptops and iPads. When that to-do list is so full that it appears to a normal person as overwhelming, it makes the entrepreneur feel secure, purposeful and that their enterprise is thriving.

It’s when the urgent demands on their time slow that they have these “Oh my God” moments in which they think, “My business is slipping—what do we need to do?”

When this happens, an irrational fear of failure and scarcity kicks in, laying bare all their insecurities of possibly going backwards. Their immediate yet subconscious reaction is to create chaos; unfortunately, it’s in their businesses and personal lives.

Their minds race, and they become obsessed with “productivity” and responding immediately to every notification on their phone, tablet and laptop. They become impulsive and start asking people to do things for the sake of doing things, which I coin as “beehive” activity that produces no honey.

At the expense of one’s family, these distractions overlap into the household dynamic. This may sound familiar. Texting the whole time at your kid’s soccer game? Eating dinner and your mind is racing about work as your daughter tells you about her day at school? If that is you, you may more than likely be stuck in the “trap.”

First, I doubt if your business is in impending doom just because the volume of communication has slowed. Frankly, it may be the perfect time to chill and get into a zone of contentment. Unfortunately, we think contentment means to settle or accept mediocrity rather than what it really means.

Contentment decoded means to be in the moment!

That moment could be with an employee who simply wants your time, or a spouse who would like a date night with your full attention, or a child who wants to watch TV with their mom.

So turn off your ringers and notifications, and ignore all of your dings and pings.

No. 3: They are addicted to deals

Here’s a business idea: a 12-step program for deal junkies.

Making deals is the ultimate game of problem solving, and entrepreneurs are as drawn to deals as a June bug is to a porch light. When it comes to deals, entrepreneurs travel along the “deal junkie” continuum—they go from intrigue, to obsession, to addiction. And there is no medicinal cure!

They start innocently by creating a strategic partnership here and there. This gradually builds to unusual yet creative arrangements with a key client, and then to buying a building and ultimately gobbling up other companies to buy.

They love piecing the deal-puzzle together (aka, deal structure) like some people work through a daily crossword puzzle. They have a very high “figure-it-out factor” that drives them to win, sometimes at all costs.

Many of these deals can be good, but like in most bank robberies where the robber eventually gets caught, deals go south because the entrepreneur doesn't know when to stop. With an entrepreneur, they get addicted to deals to the point where they become impulsive and begin making bad decisions.

Case in point: Steve Hilbert loved the art of the deal—very few people would argue with his ability to make a good deal. But did he go too far, and was he too impulsive when he invested in Green Tree? In the end, a bad deal.

Since confession is good for the soul, I have made my share of bad deals. Each one that failed to pay dividends was one where I became impulsive and lost my objectivity.

In my 25 years of being an entrepreneur, as well as coaching them, I have discovered that when a deal junkie is immature, their deal pace is short, thereby they make more mistakes. As they mature, they slow down their pace and make fewer blunders and oversights.

It’s interesting that what I learned from my own experiences as well as from others is how we contextualize “yes” and “no.”  We want to grow quickly, be a “player,” make our mark, and so we rush to get to all the ”yesses” of deal-making, which creates a mountain of headaches later. As we mature, we find ourselves with a quick pace to the “noes” of the deal and slower pace in our pursuit of the “yes.”

Quick to “no” and slow to “yes,” we avoid the many trapdoors that await an impulsive deal-junkie.

Hear me loud and clear, I am a deal junkie and I love the game! I like figuring out how to make things work in the scheme of business—it’s fun! I encourage others to find the fun in making deals because in the end, good deals create opportunity for not only you but also others.

Where I caution the deal-obsessed is to slow down and follow the racecar driver’s creed: “Slow is fast and fast is slow!” Pace yourself, and it will pace greater dividends with less heartache.

Hit the doubles and stop swinging for the fence.

Getting out of the traps

You might have firsthand experience with these pitfalls. But you don’t have to get stuck there. To start climbing your way out, consider these three things:

Becoming a more successful entrepreneur takes time, an awareness of your effect on the people around you and contemplation. We all have it in us, but it takes work.

Can you relate? We understand. Connect with a coach and see if Lushin can help you excel. This is the first in a two-part series on entrepreneurial pitfalls. Check back for three more pitfalls from Paul Lushin.